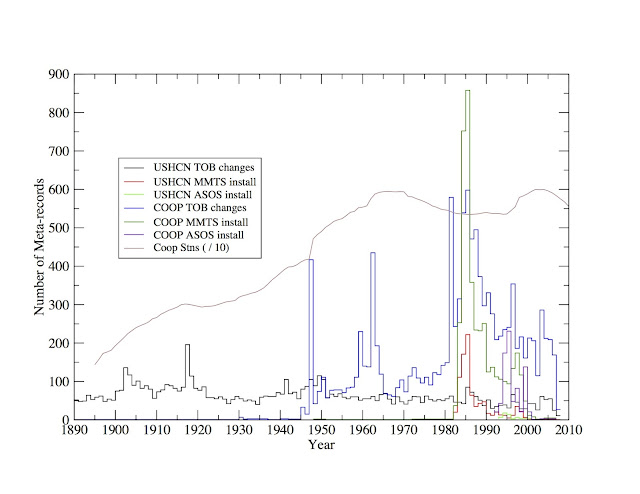 Bottom line: We need to know not just what the site looks like now but how it has changed over its history if we are to properly assess potential issues of representivity and homogeneity. Current siting tells us about today's measurements, not about yesterday's measurements (or for that matter tomorrows and MMTS has itself now started to be replaced by a newer - although similar - instrument) ... so we need contiguous metadata and not simply snapshots (although they are a valuable start, don't get me wrong) if we are to properly interpret records. Of course outside the US its rare to have access to more than lat, lon, elevation and name, which doesn't mean to say it doesn't exist, rather its not been shared and certainly not in a common format that is machine readable, but that is another post for another time ...
Posted by PeterThorne at 12:53 PM