Do you want to help with data discovery?

As was alluded to in an earlier posting here, NOAA's National Climatic Data Center has recently endeavored on an effort to discover and rescue a plethora of international holdings in hard copy in its basement and make them usable by the international science community. The resulting images of the records from the first chunk of these efforts have just been made available online. Sadly, it is not realistic at the present time to key these data so they remain stuck in a half-way house, available, tantalizingly so, but not yet truly usable.

So, if you want to undertake some climate sleuthing now is your moment to shine ...! The data have all been placed at ftp://ftp.ncdc.noaa.gov/pub/data/globaldatabank/daily/stage0/FDL/ . These consist of images at both daily and monthly resolution - don't be fooled by the daily in the ftp site address. If you find a monthly resolution data source you could digitize years worth of records in an evening.

Whether you wish to start with Angola ... 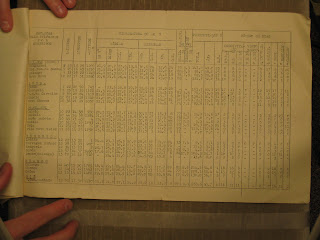 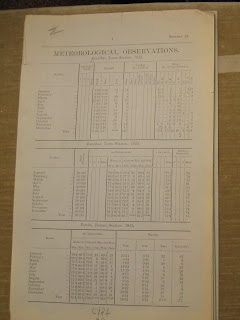 There is data for you to discover. As the Readme file says ...


So, if you want to do some discovery and recovery of data the opportunity is now there to do so. Any data submitted to the databank using the submission guidelines detailed here will be shared without restriction for use by anyone for any purpose. We would strongly encourage keying of all recorded meteorological parameters although clearly temperatures are essential.

Regardless of one's viewpoint there cannot be a downside to improving data availability if one wants to be able to make informed analyses and decisions, particularly so when that data has an unbroken chain of provenance back to the raw paper record. So, this really is an opportunity to provide something uniquely useful to scientists and the public around the world and to 'own' a chunk of the global climate record.

Posted by PeterThorne at 9:28 PM 3 comments: